Did you know there was a study in India compared the healing effects of honey to a conventional treatment (silver sulfadiazene) in 104 first-degree burn patients. After one week of treatment, 91 percent of honey treated burns were infection free compared with only 7 percent receiving the conventional treatment.
Finally, a greater percentage of patients' burns were healed more readily in the honey treated group.

Another study examined the wound healing benefits of honey applied topically to patients following Cesarean section and hysterectomy.
Compared to the group receiving the standard solution of iodine and alcohol, the honey treated group was infection free in fewer days, healed more cleanly and had a reduced hospital stay. 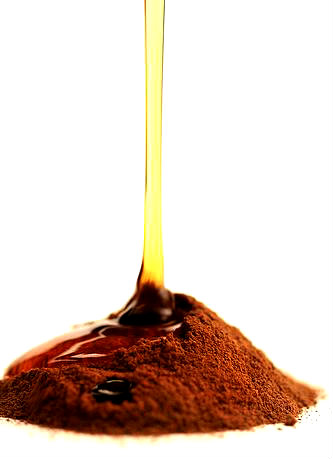 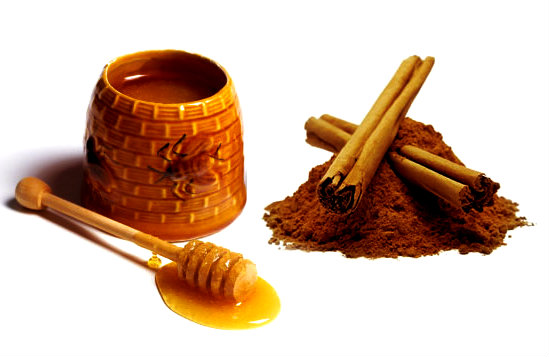 Honey is the only food on the planet that will not spoil or rot. What it will do is what some call 'turning to sugar'. In reality, honey is always honey. However, when left in a cool dark place for a long time it will "crystallize". When this happens loosen the lid, boil some water and sit the honey container in the hot water, but turn off the heat and let it liquefy naturally. It is then as good as it ever was. Never boil honey or put it in a microwave. This will kill the enzymes in the honey. 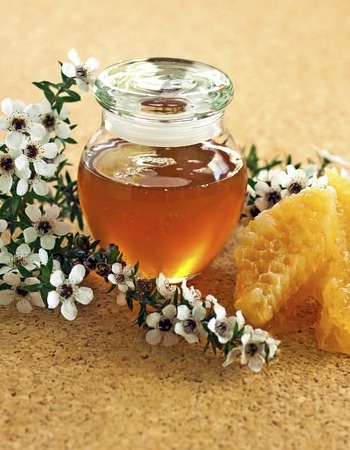 Drug companies won't like this one getting around. Facts on Honey and Cinnamon: It is found that a mix of honey and Cinnamon cures most diseases. Honey is produced in most of the countries of the world. Scientists of today also note honey as very effective medicine for all kinds of diseases. Honey can be used without side effects  which is also a plus.
Today's science says that even though honey is sweet, when it is taken in the right dosage as a medicine, it does not harm even diabetic patients. Researched by western scientists:HEART DISEASES: Make a paste of honey and cinnamon powder, put it on toast instead of jelly and jam and eat it regularly for breakfast. It reduces the cholesterol and could potentially save one from heart attack. Also, even if you have already had an attack studies show you could be kept miles away from the next attack. Regular use of cinnamon honey  strengthens the heart beat. In America and Canada, various nursing homes have treated patients successfully and have found that as one ages the arteries and veins lose their flexibility and get clogged; honey and cinnamon revitalize the arteries and the veins.ARTHRITIS: Arthritis patients can benefit by taking  one cup of hot water with two tablespoons of honey and one small teaspoon of cinnamon powder. When taken daily even chronic arthritis can be cured. In a recent research conducted at the Copenhagen University, it was found that when the doctors treated their patients with a mixture of one tablespoon Honey and half teaspoon Cinnamon powder before breakfast, they found that within a week (out of the 200 people so treated) practically 73 patients were totally relieved of pain -- and within a month, most all the patients who could not walk or move around because of arthritis now started walking without pain. BLADDER INFECTIONS: Take two tablespoons of cinnamon powder and one teaspoon of honey in a glass of lukewarm water and drink it. It destroys the germs in the bladder....who knew? CHOLESTEROL: Two tablespoons of honey and three teaspoons of Cinnamon Powder mixed in 16 ounces of tea water given to a cholesterol patient was found to reduce the level of cholesterol in the blood by 10 percent within two hours. As mentioned for arthritic patients, when taken three times a day, any chronic cholesterolcould be cured. According to information received in the said Journal, pure honey taken with food daily relieves complaints of cholesterol.COLDS: Those suffering from common or severe colds should take one tablespoon lukewarm honey with 1/4 spoon cinnamon powder daily for three days. This process will cure most chronic cough, cold, and, clear the sinuses, and it's delicious too!

GAS: According to the studies done in India and Japan, it is revealed that when Honey is taken with cinnamon powder the stomach is relieved of gas.IMMUNE SYSTEM: Daily use of honey and cinnamon powder strengthens the immune system and protects the body from bacterial and viral attacks. Scientists have found that honey has various vitamins and iron in large amounts. Constant use of Honey strengthens the white blood corpuscles (where DNA is contained) to fight bacterial and viral diseases.

INDIGESTION: Cinnamon powder sprinkled on two tablespoons of honey taken before food is eaten relieves acidity and digests the heaviest of mealsINFLUENZA: A scientist in Spain has proved that honey contains a natural 'Ingredient' which kills the influenza germs and saves the patient from flu.LONGEVITY: Tea made with honey and cinnamon powder, when taken regularly, arrests the ravages of old age. Use four teaspoons of honey, one teaspoon of cinnamon powder, and three cups of boiling water to make a tea. Drink 1/4 cup, three to four times a day. It keeps the skin fresh and soft and arrests old age. Life spans increase and even a 100 year old will start performing the chores of a 20-year-old.

RASPY OR SORE THROAT: When throat has a tickle or is raspy, take one tablespoon of honey and sip until gone. Repeat every three hours until throat is without symptoms.PIMPLES: Three tablespoons of honey and one teaspoon of cinnamon powder paste. Apply this paste on the pimples before sleeping and wash it off the next morning with warm water. When done daily for two weeks, it removes all pimples from the root.SKIN INFECTIONS:Applying honey and cinnamon powder in equal parts on the affected parts cures eczema, ringworm and all types of skin Infections.WEIGHT LOSS:Daily in the morning one half hour before
breakfast and on an empty stomach, and at night before sleeping, drink honey and cinnamon powder boiled in one cup of water. When taken regularly, it reduces the weight of even the most obese person. Also, drinking this mixture regularly does not allow the fat to accumulate in the body even though the person may eat a high calorie diet.

Raw  local honey has all of the enzymes that are suppose to make the weight loss effect happen.

First you boil 1 cup of water, then you at 1 part
cinnamon into a cup with the hot water, and let it
steep. In other words, you leave it there to cool
down. DO NOT ADD THE HONEY TO THE HOT
WATER. just like the effect a microwave has on
breast milk, hot or boiling water will kill the enzymes
in the honey. Once the water is at room temp, you
add twice as much honey as you did cinnamon (i.e.
1/2 tsp cinn with 1 tsp honey) You should  drink half
before going to bed and store the other half in the
fridge. In the morning, drink the second half and
wait a half hour before eating.
The enzymes in the honey  remove fungus and
bacteria in your digestive tract. It also states that you
should see inches lost before weight loss. But, you
might hit a plateau stage after awhile. I have also
read that continuing to eat it, the mixture will help
to to stop fat from being stored in the body.
*When buying the honey, you should look for the
words RAW or UNPASTEURIZED ..pure honey is
usually pasteurized .Try to get local honey to your
area, it helps with allergies. If you cut back on
processed sugar and yeast based foods, you will get
better results'.
CANCER: Recent research in Japan and Australia has revealed that advanced cancer of the stomach and bones have been cured successfully. Patients suffering from these kinds of cancer should daily take one tablespoon of honey with one teaspoon of cinnamon powder three times a day for one month.

FATIGUE: Recent studies have shown that the sugar content of honey is more helpful rather than being detrimental to the strength of the body. Senior citizens who take honey and cinnamon powder in equal parts are more alert and flexible. Dr. Milton, who has done research, says that a half tablespoon of honey taken in a glass of water and sprinkled with cinnamon powder, even when the vitality of the body starts to decrease, when taken daily after brushing and in the afternoon at about 3:00 P.M., the vitality of the body increases within a week.

BAD BREATH: People of South America, gargle with one teaspoon of honey and cinnamon powder mixed in hot water first thing in the morning so their breath stays fresh throughout the day.

HEARING LOSS: Daily morning and night honey and cinnamon powder, taken in equal parts restores hearing. Remember when we were kids? We had toast with real butter and cinnamon sprinkled on it!

You might want to share this information with a friend, kinfolks and loved ones. Everyone needs healthy help information ~ what they do with it is up to them. You may also want to share this with your email buddies... They deserve to be healthy too!
For more info:http://www.angelfire.com/az/sthurston/honeyandcinnamon.html

Try honey and cinnamon on some fresh bananas,SO GOOD! 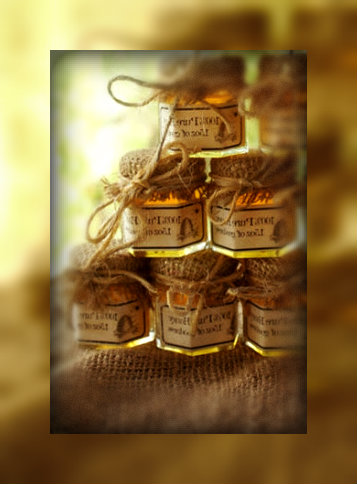 * SPECIAL CINNAMON NOTE:The cinnamon spices that you get in the super markets off the rack could  likely be sawdust that has been colored and artificially flavored. It's better to get the sticks and grind them up  yourself. Most spices are irradiated. This is done to eliminate bacteria, but spices are excellent bactericides so this process is just a way of destroying the best natural properties of them. You can get great quality spices from most high-end health foods stores  Cinnamon can be confused for cassia (http://en.wikipedia.org/wiki/Cassia) It is also known as “bastard cinnamon”. True cinnamon is also known as "ceylon" cinnamon. There are other key words to look for  such as Indonesian and Vietnamese. Avoid anything that is from these countries. 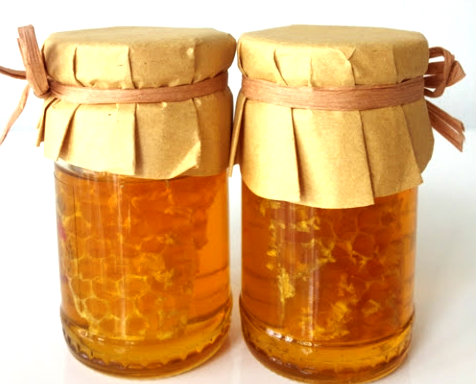 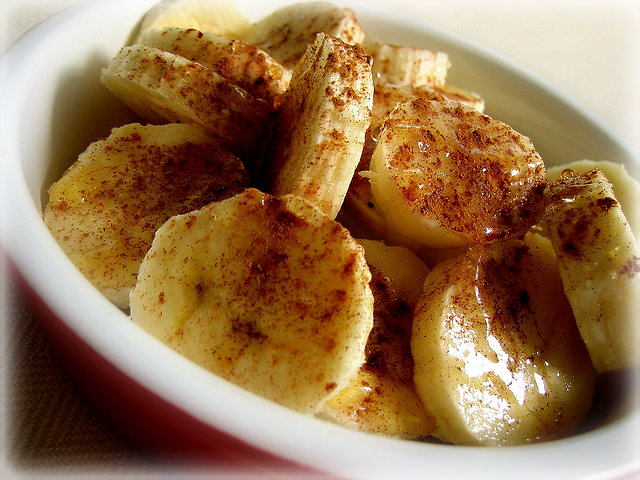 Credit:photos and info via various sites of the www
For more info on Buckwheat Black Honey benefits :
http://suzyhomefaker.blogspot.com/2012/05/buckwheat-black-honey.html 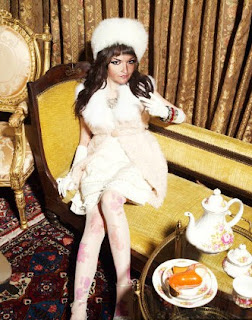 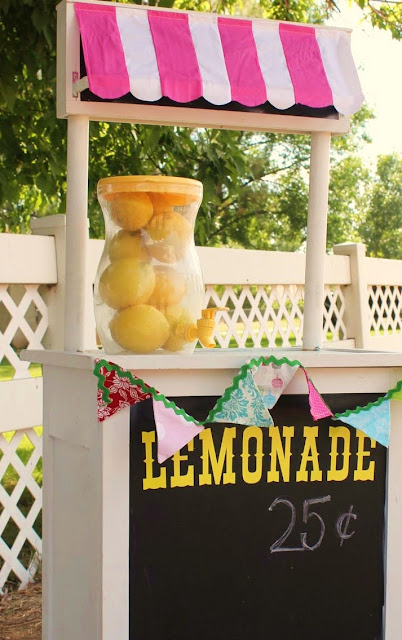